We are excited to announce the first OpenRA release of this year! Over 700 commits from 43 contributors were merged over the last six months, with each commit helping to fix bugs, improve code quality, or add new features that improve the single- and multi-player experience.

The main focus of this development cycle was modernizing core parts of the engine and game code to support the work-in-progress Tiberian Sun mod and other community projects. Thanks to our contributors, and to everybody who tested the playtest and reported bugs! Please note that changes to the way hotkeys are managed mean you will need to redefine any custom hotkeys in the Input settings.

The changes weren’t all behind the scenes; an overhaul of the multiplayer UI added long-requested features: 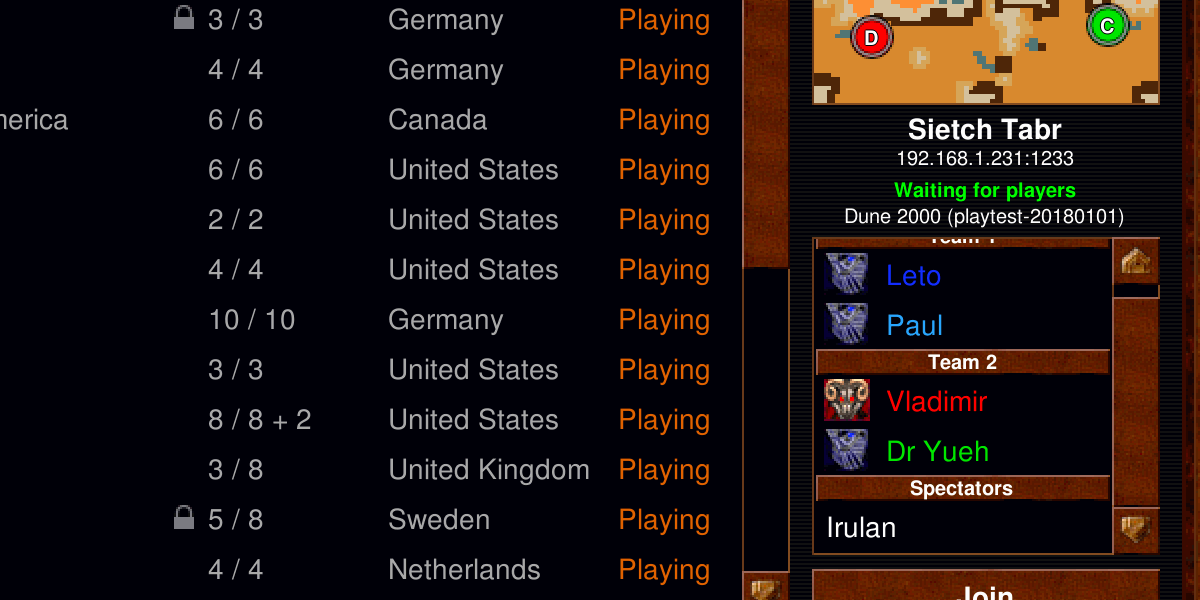 The new server player list is one of several improvements to the multiplayer UI.

Of course, we realize that the vast majority of OpenRA players do not play online. We haven’t forgotten about you either! Improvements for the singleplayer experience include: 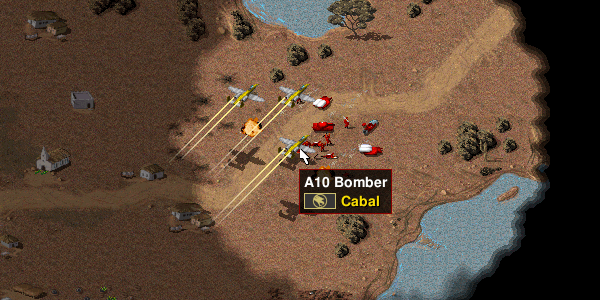 Improvements to the AI support power targeting mean that this will be a rarer sight.

Other notable changes include: 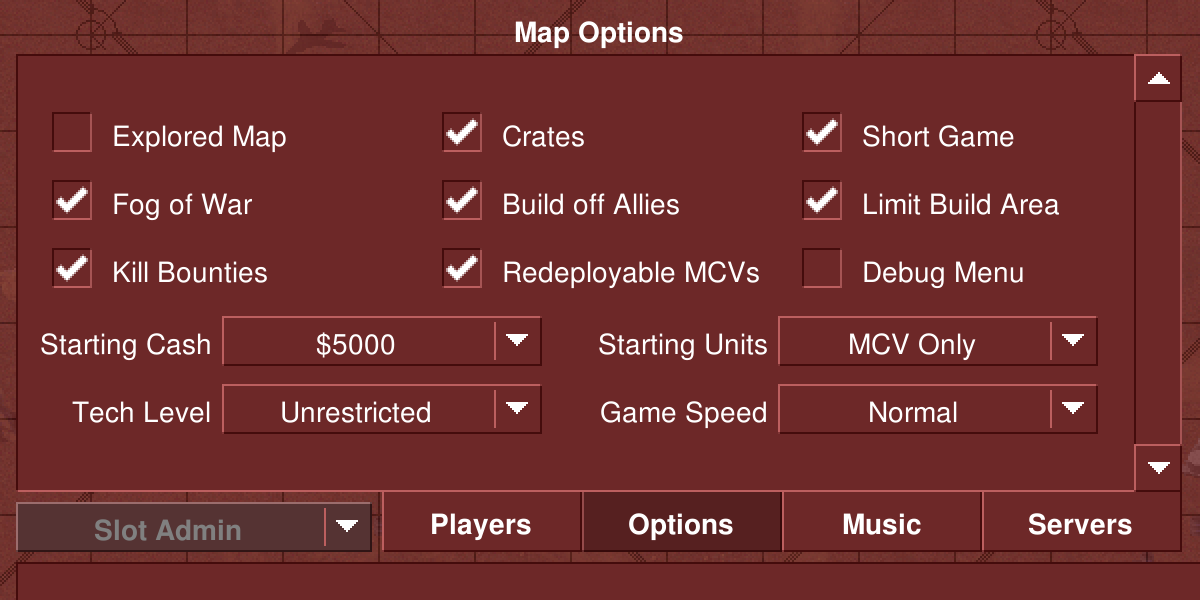 The Map Options tab includes several new settings, and can be customized by scripted maps. 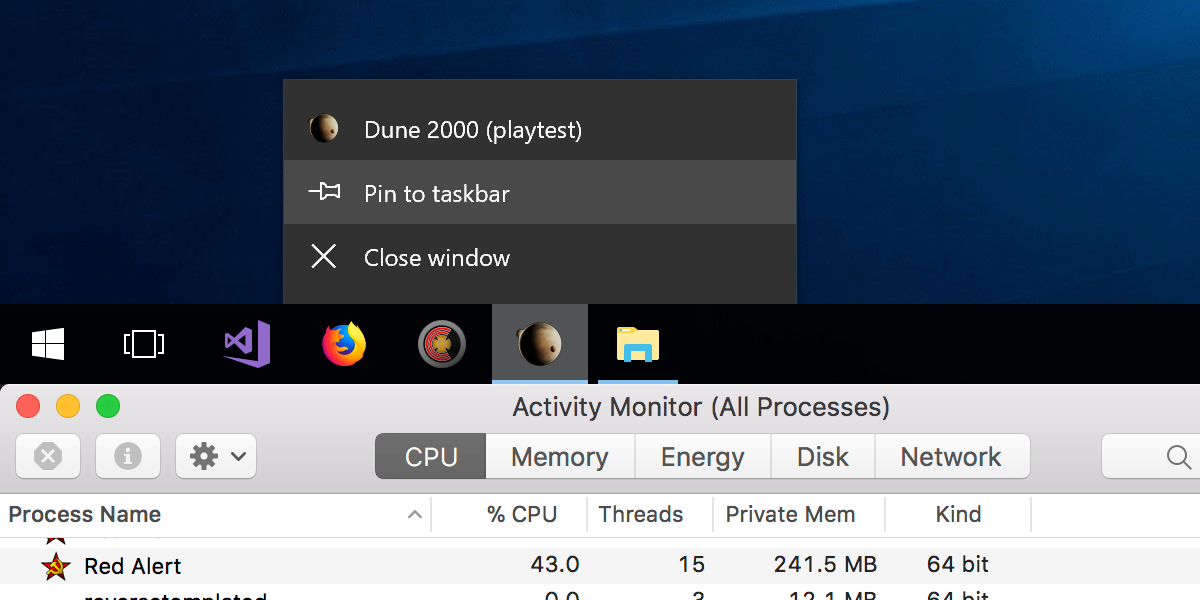 Platform integration fixes include “Pin to taskbar” support on Windows and 64 bit support for macOS.

As always, we suggest you read the full changelog if you’d like more information on the full list of changes.