We are very pleased to announce the Spring release of OpenRA!

This release is a huge step forward for the Dune 2000 mod in particular. It includes just shy of 1000 commits by 53 contributors, the culmination of six months of relentless work. With more than 2000 files and 210,000 changed lines it is one of our busiest development cycles to date.

A large development focus has been on the Dune 2000 mod, which contains the most visible changes. A new sidebar, sandworms and Carryalls are the big new features, which should make any Dune 2000 player feel more at home in our mod. Additionally, the OpenRA.Utility now supports importing maps from the original Dune 2000 game, so we hope that the number of maps and of course the number of players will increase in the near future!

The other mods were not neglected, though. In Red Alert, the standout feature is the support of playable factions such as Russia, England, France, Ukraine and Germany. In both Red Alert and Tiberian Dawn, new single-player missions are available that will keep you occupied.

Of course, we have not only improved the mods themselves. Here is a list of changes that affect the game in general:

For the complete list of changes, please visit our changelog page.

A note on key bindings: In the previous release, the key to toggle team chat was changed to ‘Alt’, which, looking back, was an unfortunate decision. It has been reverted to ‘Tab’ in this release, where it serves a double role: on an empty line, it toggles team chat, otherwise it auto-completes player names.

For modders and mappers, there have been quite a few important changes as well. We have introduced a new map format, to which maps running on this release will be updated automatically. All of the shared engine code has been moved into the OpenRA.Mods.Common project, so that third-party mods can drop their dependencies on our game mods. A lot of code has been changed to enable features that will be needed by the Tiberian Sun mod. One important change for Red Alert mappers is that the gem mine has been replaced with a new one. For more details, check out the changelog, as well as the trait and Lua API documentation.

Looking forward, we hope to get the next release out faster than this time around (famous last words!). Feature-wise, you can probably expect the first appearance of the in-game map editor in the next release, in addition to much of the things that are currently in our pull request queue. Beyond that, we will see… If you want to keep track of the development, keep an eye on the release milestone and the development changelog.

We will also try to make more use of our YouTube channel to show off new and little known existing features, provide mission walkthroughs and other content, so watch and subscribe!

Now enough with the talking! Head on over to our download section, grab the installer for your OS, and enjoy the game!

The long awaited sandworms and Carryalls have finally arrived in our Dune 2000 mod! 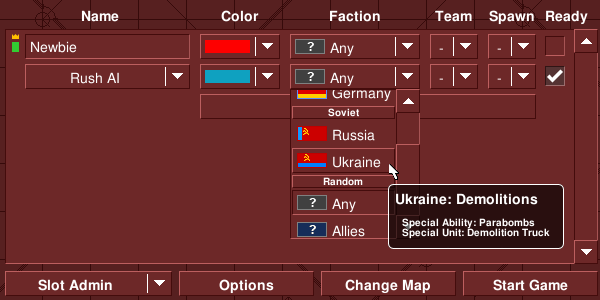 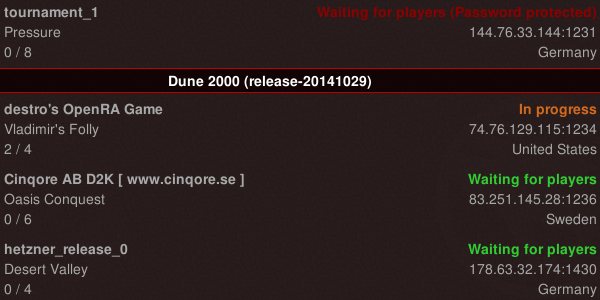 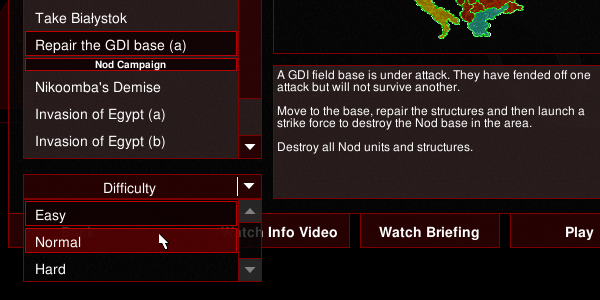 Some missions have received support for multiple difficulty levels. 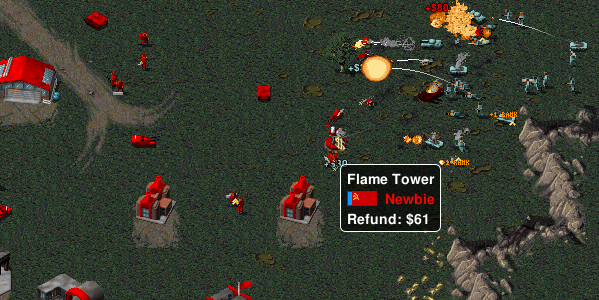 In sell mode, the tooltip will now show a structure’s expected refund value. 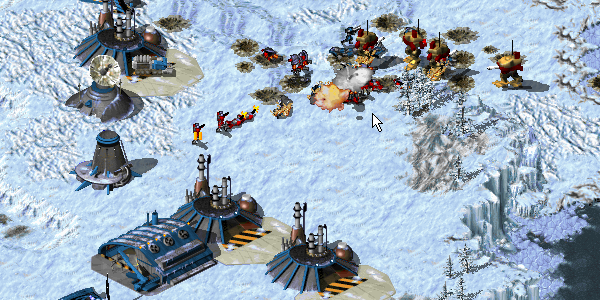 Behind the scenes, the still unreleased, work-in-progress Tiberian Sun mod has received support
for some crucial features. Keep an eye out for more news and media about TS on our Facebook page!