We are pleased to announce the second playtest on the road to our next stable release. We have now entered the feature freeze phase, which means that we have stopped adding new features and instead focus on fixing any bugs that you might find. That means that we need your help with testing, testing, and some more testing! Please report any bugs or problems you encounter on our bug tracker. Thank you for helping to improve OpenRA!

A number of new features, fixes, and performance improvements make this a significant improvement over the last playtest and the June release.

We are happy to announce that we have finally addressed a few long-standing performance issues that caused significant lag spikes in the mid to late game. As part of this work, the AI has become a lot smarter about base building, uses support powers more reliably, and harvesters are less likely to become stuck.

Music playback has received quite a lot of changes. Map authors now have much greater control over music, including the ability to specify default (starting) music as well as custom victory and defeat tracks.

Of interest for modders and mappers will be the addition of new Lua API functions. Disguising spies, capturing or infiltrating units and buildings using scripting is now possible. Other newly available functions can be used to play arbitrary sound files, flash the screen, and control the new palette effect trait.

Of course we did not only add new things, but also fixed bugs and annoyances. Here’s a small sample:

For all the gritty details check out the full changelog.

Grab the installer for this playtest from our download page and give it a try! 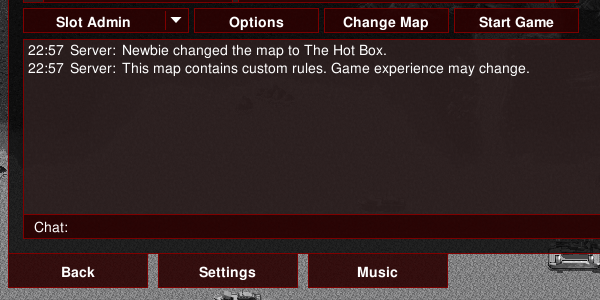 The game will warn players in the lobby when the host selects a map with custom rules. This should help combat the small number of dishonest players who adjusted rules to their advantage. 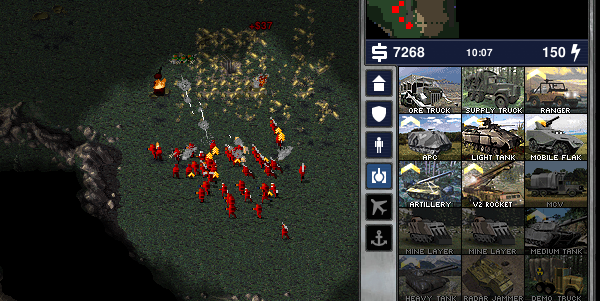 Infiltrating an enemy production building with a spy will let you build veteran units.

Allied players and spectators can now see the range circles from units and buildings.

Work continues on our Tiberian Sun mod which still isn’t ready for release. Check out these clips from a recorded developer test game!