We have received lots of feedback on our last playtest, for which we are very grateful. Let me take this opportunity to thank all our testers!

In fact, we have received so much feedback that we felt it was worth it to do another, hopefully last, playtest before the release.

This new playtest addresses most of the issues that have been reported. In particular, these are:

The full list of changes can be found on our changelog page as usual.

Now head on over to our download section, and go forth test some more! If all goes well, you can expect the release within a week!

A note on map compatibility: already with the first playtest a new map format was introduced which is not backward-compatible with last October’s release-20141029. This means that if you have downloaded custom maps from the Resource Center or elsewhere, these maps will have been automatically updated to the new map format once you have run this or one of the previous playtests. If you later go back to the release version, it will not be able to parse the new map format and crash. You can avoid the problem by either deleting the contents of your map folder, or by making backups of the map folder and restoring that when you switch back to release-20141029. 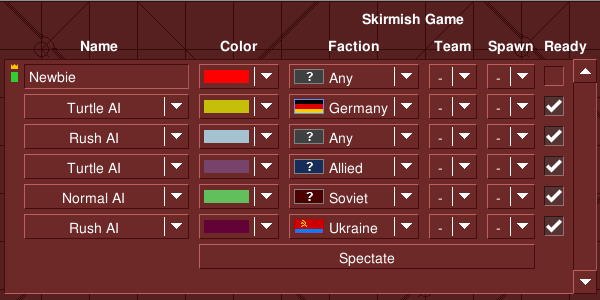 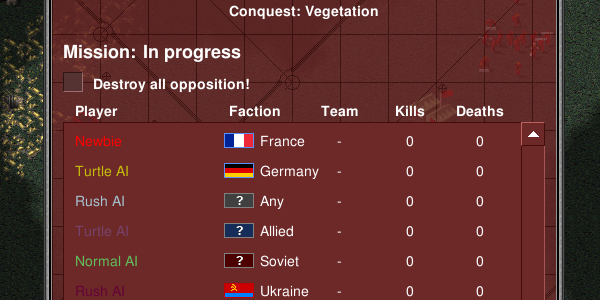 …will no longer be revealed to enemies in the game. 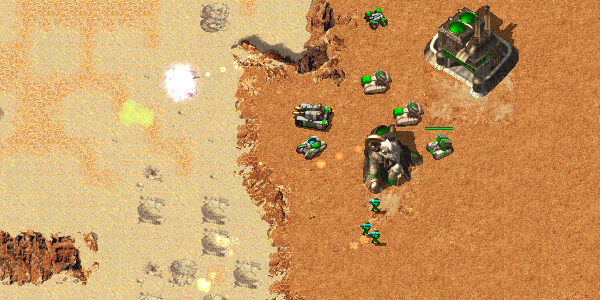 The visual effects for explosions and missile trails have been improved for the Dune 2000 mod.