Find us on social media:

Following a great run of testing over the holiday period, we are today releasing a new playtest build to fix reported issues and add some last-minute features.

We expect this will be our final test before a full release in February, so we encourage everybody to play some games and let us know if you find any issues in the comments below, on our forum, Community Discord, or GitHub issues.

The original playtest-20201213 announcement is included below:

Happy holidays from the OpenRA community!

Just in time for the holiday period, we are kicking off a new playtest series for the next OpenRA release. Recent development has focused on building the foundation for future features, including a lot of work towards the Tiberian Sun mod which we described in our last news post. But this does not mean that this release is short on new features!

Red Alert and Tiberian Dawn include an updated set of skirmish/multiplayer maps, and community balance changes refresh their multiplayer meta. Dune 2000 features new weapon damage calculations that are more faithful to the original game, plus a number of other small consistency fixes. For single-player fans, Red Alert includes 8 more missions from the original game, and the AI behavior and performance has been improved across the board. 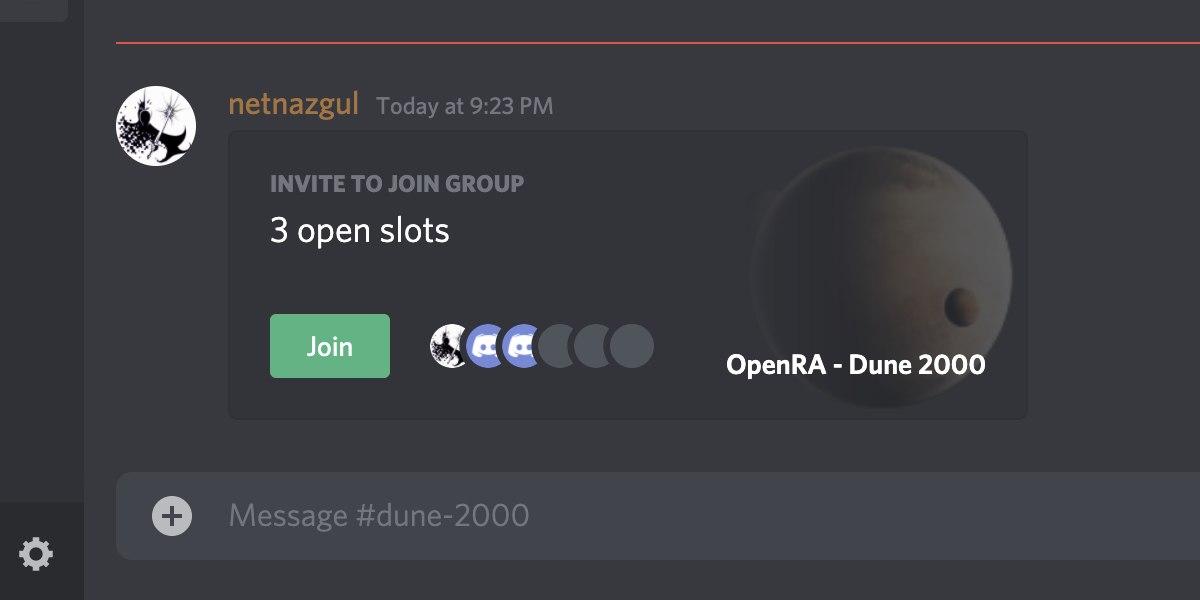 Players who use Discord can now share their status and post game invites in their favorite channels.

Another topic from our previous development update was the announcement that we plan to support the C&C Remastered Collection game assets in OpenRA’s Red Alert and Tiberian Dawn mods. The initial prototyping for this feature has been completed, and we are now working to integrate the required changes into the game engine for a future release.

Supporting these new assets will require optimizations that are not compatible with our legacy OpenGL 2.1 support, which is now disabled by default. On Windows, OpenRA will now use DirectX 11 (via the ANGLE library) for rendering. Please let us know if you encounter any unexpected graphical or performance issues!

An early sneak-preview of OpenRA with the C&C Remastered Collection game assets.

Another technical focus for this release has been making preparations to migrate OpenRA to the modern cross-platform .NET (previously .NET Core) runtime. This release still uses the legacy .NET Framework and Mono, but makes significant changes behind the scenes which may require server hosts and package maintainers to adapt their build and run scripts. We anticipate that the next major OpenRA release will require .NET 5 (preferred) or Mono >= 6.4.

Our main macOS release now requires 10.13 or newer, but we plan to keep supporting players on 10.9 – 10.12 using a new “compat” release that can be downloaded from our GitHub Release Milestones.

This post has covered just a small subset of the full changelog, and we encourage anybody interested in finding out more to read the full list. Head on over to the download page to install the new playtest, and let us know what you think in the comments below, on our forum, community Discord server, or GitHub.

Remember that playtests install alongside the OpenRA release version, and you can automatically switch between the two versions when joining a multiplayer server, so there is no reason not to give it a try!